iResearch recently released an exhaustive report on online payments in China. Here are the highlights:

In 2015, mobile payments. had barely caught up with PC payments. By 2016, mobile amounted to almost 3 times more transactions than PC.

Offline transactions via QR code have been booming, with a growth rate of 86% during Q4 2016. This trend was certainly pushed by the impressive growth of WeChat payment.

Mobile online payments are completely dominating all categories. The only category with a still significant proportion of PC payment users is Financial Products. 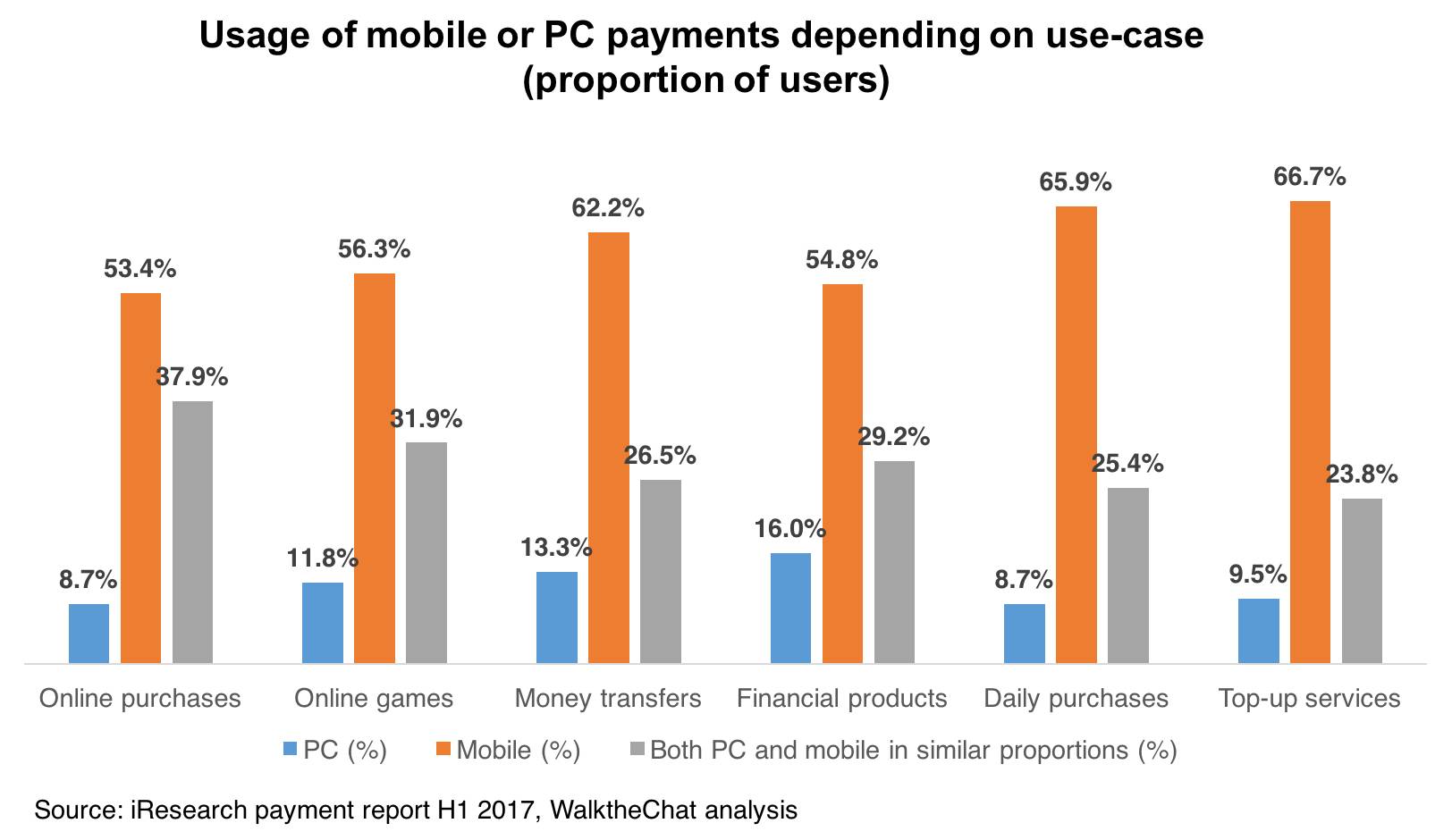 Bank cards are actually still dominating the purchase of financial products, with Alipay being a close followers and WeChat Payment lagging behind. 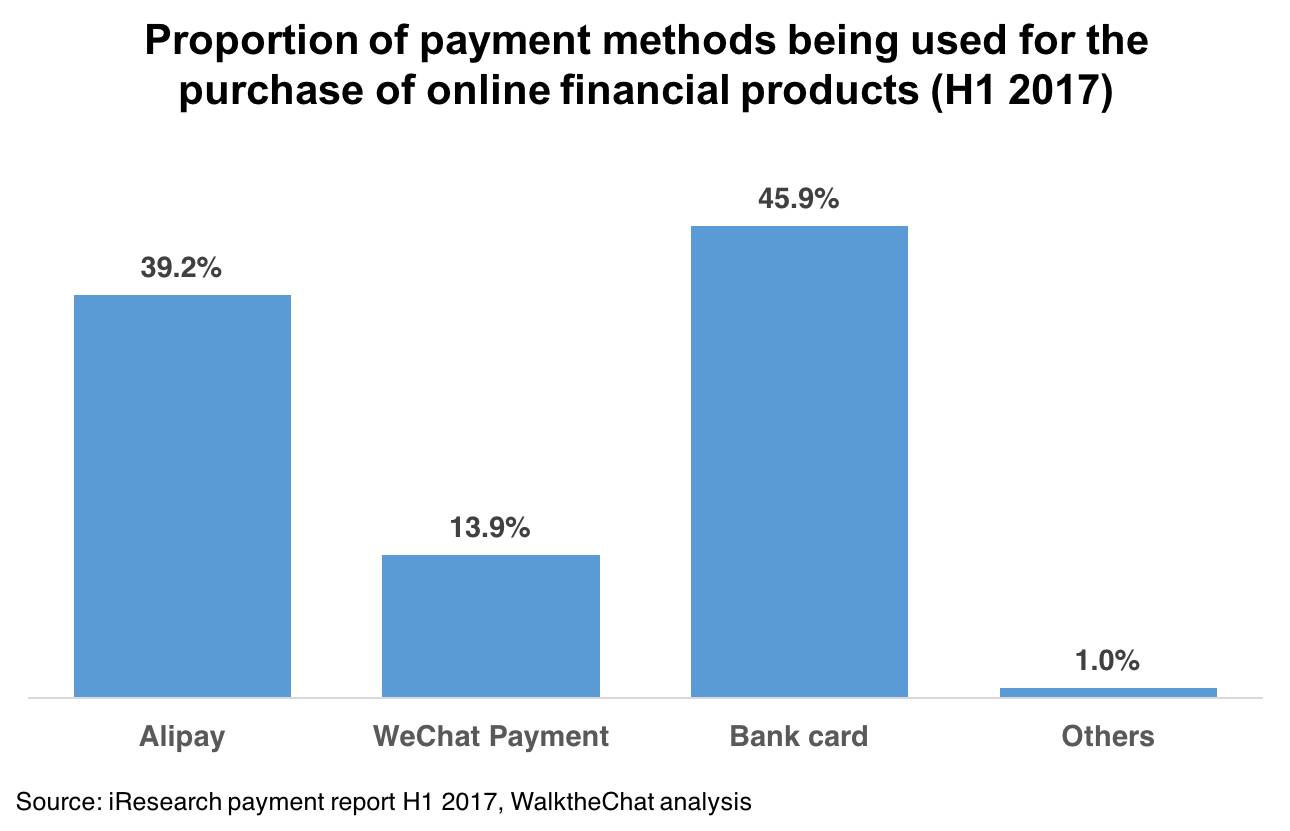 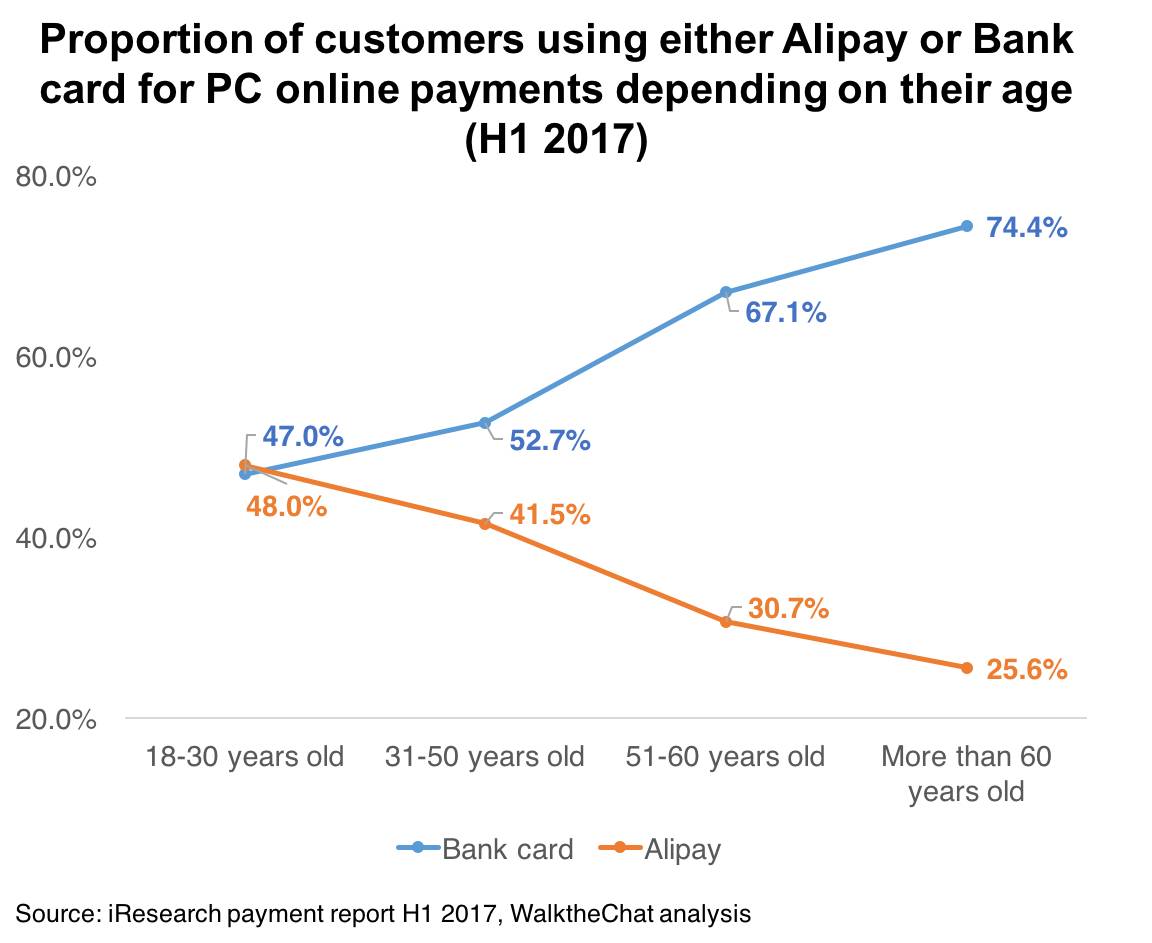 Third-party payments and mobile payments have been booming through the impulse of Alipay and WeChat Payment.

Although these new method of payments are now ubiquitous, it is a newer trend than we think (it’s only in 2015 that mobile payments caught up with PC payments).

The continuous growth rate shows that this trend is far from slowing down, especially given the growth opportunities outside China’s largest cities. 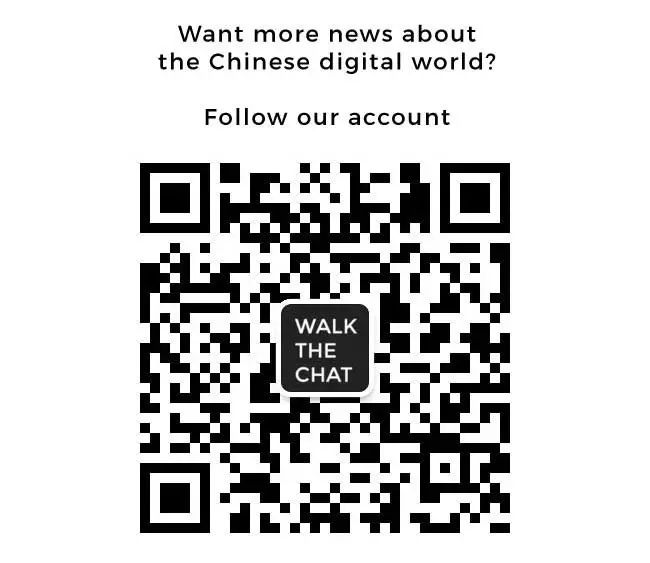